For those of you on Facebook you probably saw Teresa’s post about water coming at 2 am. We spent the next five hours stocking up on water, doing laundry and thoroughly cleaning the house. We gave out before the water did. It went off at 8 and came back on at 1 which allowed us to refill empty buckets since we splurged and let the toilet flush- let’s just say- as often as we wanted to! The luxury of it… If anyone is interested I also found a good article describing the state of the water crisis here in the greater Gaborone area: Greater Gaborone Water Crisis

Thoroughly exhausted at 7 am we took a short nap but the sleeping moment was gone. When you have breakfast at 4, lunch was soon approaching and we are also planning pizza for dinner. Teresa was feeling like she needed all her comfort foods (pizza being one of them) and she had a hankering for bread pudding (comfort food) ever since Gary mentioned on Saturday that the bread was getting stale. Problem was, if she used all the bread, Gary wouldn’t have any for Monday snack (a peanut butter addiction has really taken hold) so what’s a person to do? Make bread (another comfort food).

Are we sensing a pattern here? So,the bread pudding was ready by 12:30 (dessert after lunch and that’s why the picture shows it half eaten) and the bread was ready about 2:30. Yes, the Honey Oatmeal bread looks a little flat- it called for two loaf pans and the only loaf pan we have was used for the bread pudding but it sure tastes good. We bought a few pecans yesterday so the bread pudding was a real treat. Jane Rognlie (bless her soul) sent some on Friday but that package is at least 4 weeks away and we found ourselves in the one store in Gaborone yesterday that has almonds and pecans in bulk (about $10 US per pound so really not on a Peace Corps budget) but did we mention comfort foods?

We had hoped to host Thanksgiving at our house but with our precarious water situation, we are not sure we should chance it. We are also waiting for the sponsoring government agency (called the DAC) to get us a new gas tank. The one we have is 18 months old and we are pretty sure it is going to run out any day. A new one was requested two weeks ago. We’ll see.

Since the topic is comfort foods, here are some pictures of our favorite friends snacking on theirs. One shows a goat snacking on the vegetable scraps we throw over the fence. Teresa tried for a shot of the whole tribe including the baby but the light wasn’t working. Then you have our whole favorite herd out front, a drove of donkeys having what must have been a church service and taking a break from snacking (it is Sunday after all) (or else they were waiting for school to open and being donkeys- were a day early. A few minutes later they were all lying down but were up before Teresa could get the shot because someone came along dragging a reluctant goat. And finally a clutch of chickens- there are about 3 different groups with babies of all different ages. We keep counting to make sure the one with 12 hasn’t lost any. Unfortunately this shot doesn’t show the babies. Will try for that next. 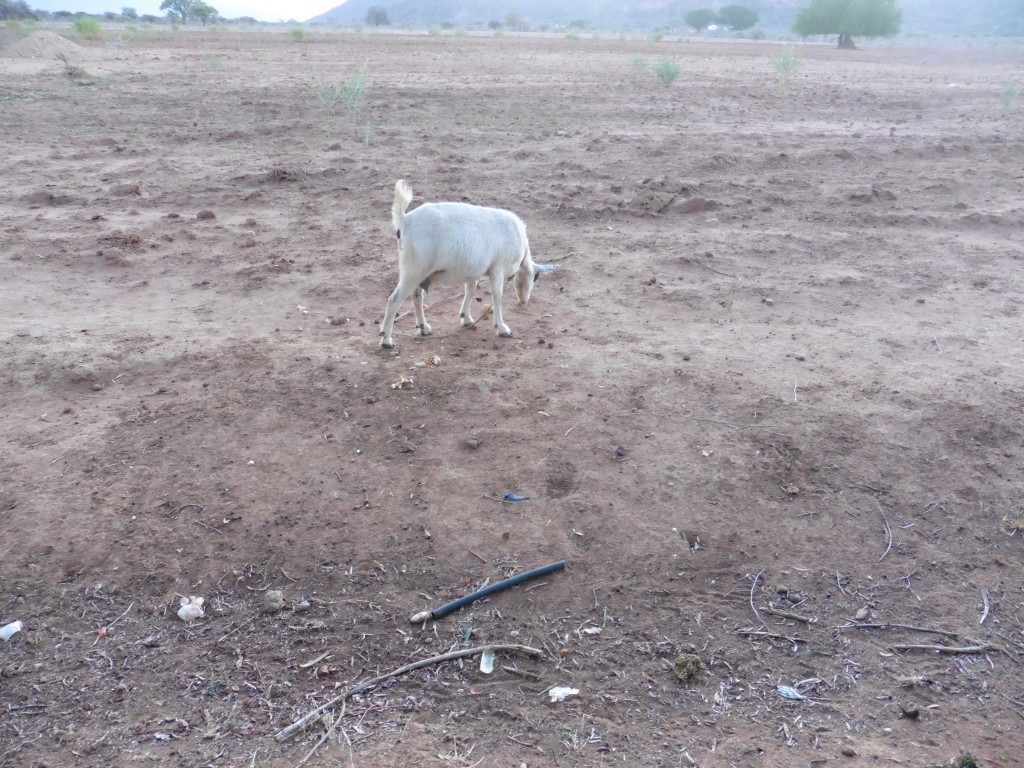 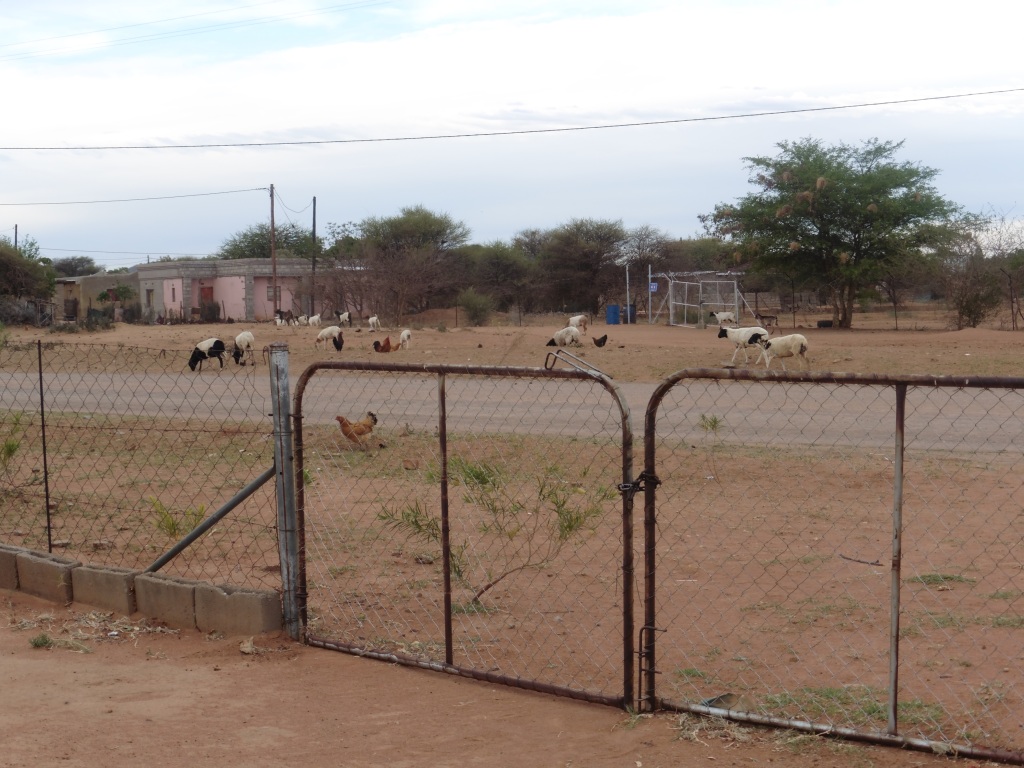 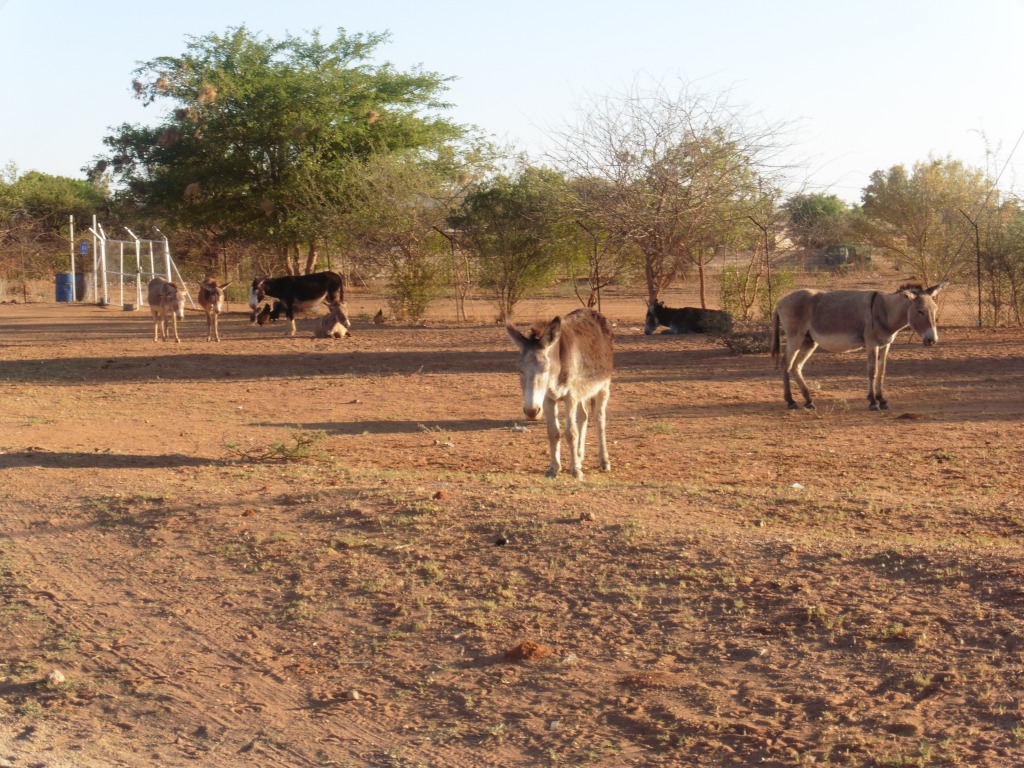 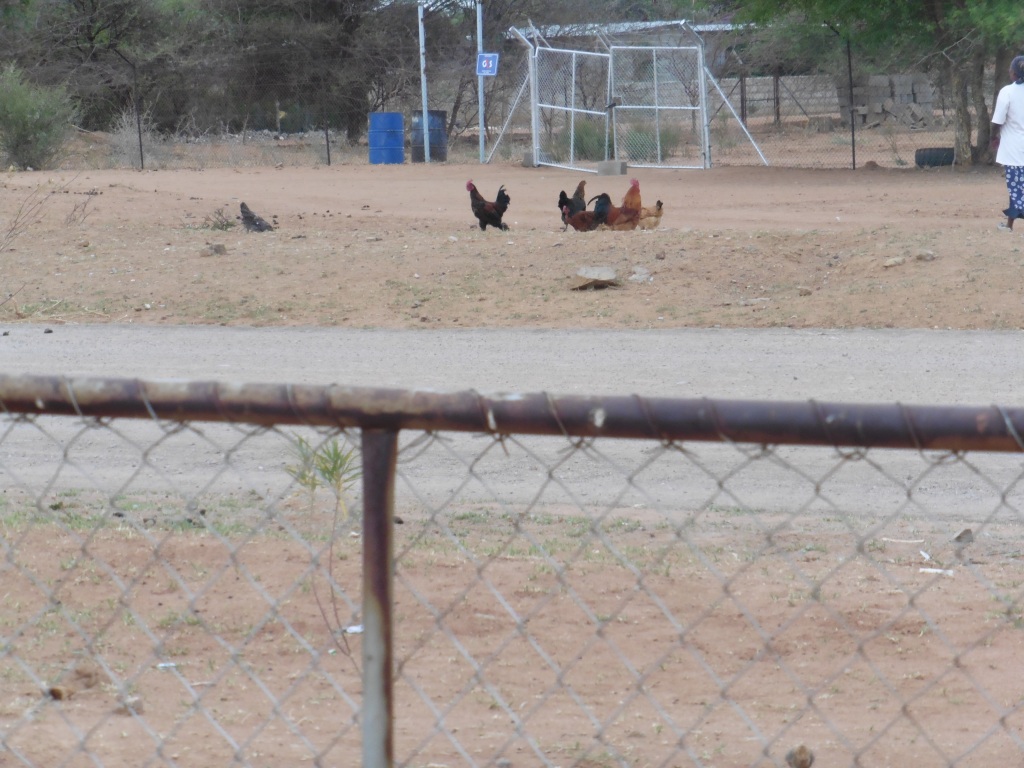 We are hoping to make a day trip to a nearby game reserve in December when both our organizations are closed down so hopefully more exotic animal shots will be coming!

One thought on “Comfort Foods”