Title got you didn’t it? We didn’t actually see an ostrich migration (not sure there really is one) but get to that later.

It’s been a month since we last posted. Guess that’s because life has become pretty routine. Working on our community projects  and at this point looking at funding. So, get ready, we will soon be putting the word out about how you can support what we are trying to do. the two projects we are working on are a Kids Club for 7-12 year old orphans and vulnerable children to make them more resilient against the drivers of HIV/AIDS. The second is a Community Parenting Skills Initiative and we have developed a basic parenting skills workshop that we want to pilot then train the trainers. The biggest expense on these endeavors is food- people won’t come if you don’t feed them and the concept of brown bag or pot luck is just non-existent. Peace Corps has a web based grant program whereby we post our need and you all (friends and families) support our project(s). Tax deductible for you and a big help to us. We are still working on details but we promise to let you know when it’s time to give 🙂

So, back to the Ostrich Migration. A few months ago we joined a group- it’s actually international- called Hash House Harriers (google it). We meet every Sunday and go for a 6-8k run/walk (you figure out which WE do) and then we have a braii (BBQ to Americans). It is mostly ex-pats from all over the place- mostly British but not exclusively. Lucky for us, a wonderfully generous couple who live in Gabane, is willing to be our chauffeur and they pick us up every Sunday since most of the places are hard to get to without a car.

Every year the group goes away for a weekend and has what is essentially a 50-60k relay race. This year we went to Groot Marico not far over the border in South Africa. We stayed at what was once a farm and we stayed in what had been the stables with the stalls converted to rooms. We cooked our own food and got to spend time near running water- a RIVER!   Yes, we digressed from the Ostrich Migration. 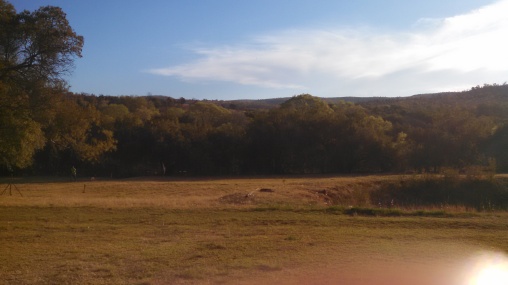 So, this is how it works. There are 5 teams of about 9 people each including children. Each team is responsible for one leg of 8-9k along a dirt road (very dusty- looked like Sedona red dirt). There are two cars that each hold half the team. One person runs (holding a stuffed ostrich- after all the ostrich IS migrating and we are helping) about 75-100 metres (more for the young and fit, less for the very very young and the not so fit). They get picked up by one of the cars and someone from that car gets out and runs the next 75-100  metres. The first car leapfrogs over the second car so they can pick up the previous runner and drop off the next runner. All told, each leg took about an hour. Weird- yes, Pointless- yes, Fun- most definitely.  We then got back to the lodge, relaxed and had a delicious dinner. All in all a very relaxing weekend with a bit of exercise thrown in. A very nice way to spend our 37th wedding anniversary- certainly memorable.

An added treat was that two of the group members got a puppy from their daughter who lives in South Africa- a 7 week old Jack Russell Terrier. They plan to breed it with their English bulldog. Apparently it is a recognized breed- Bully Jack. Got our doggy fix. 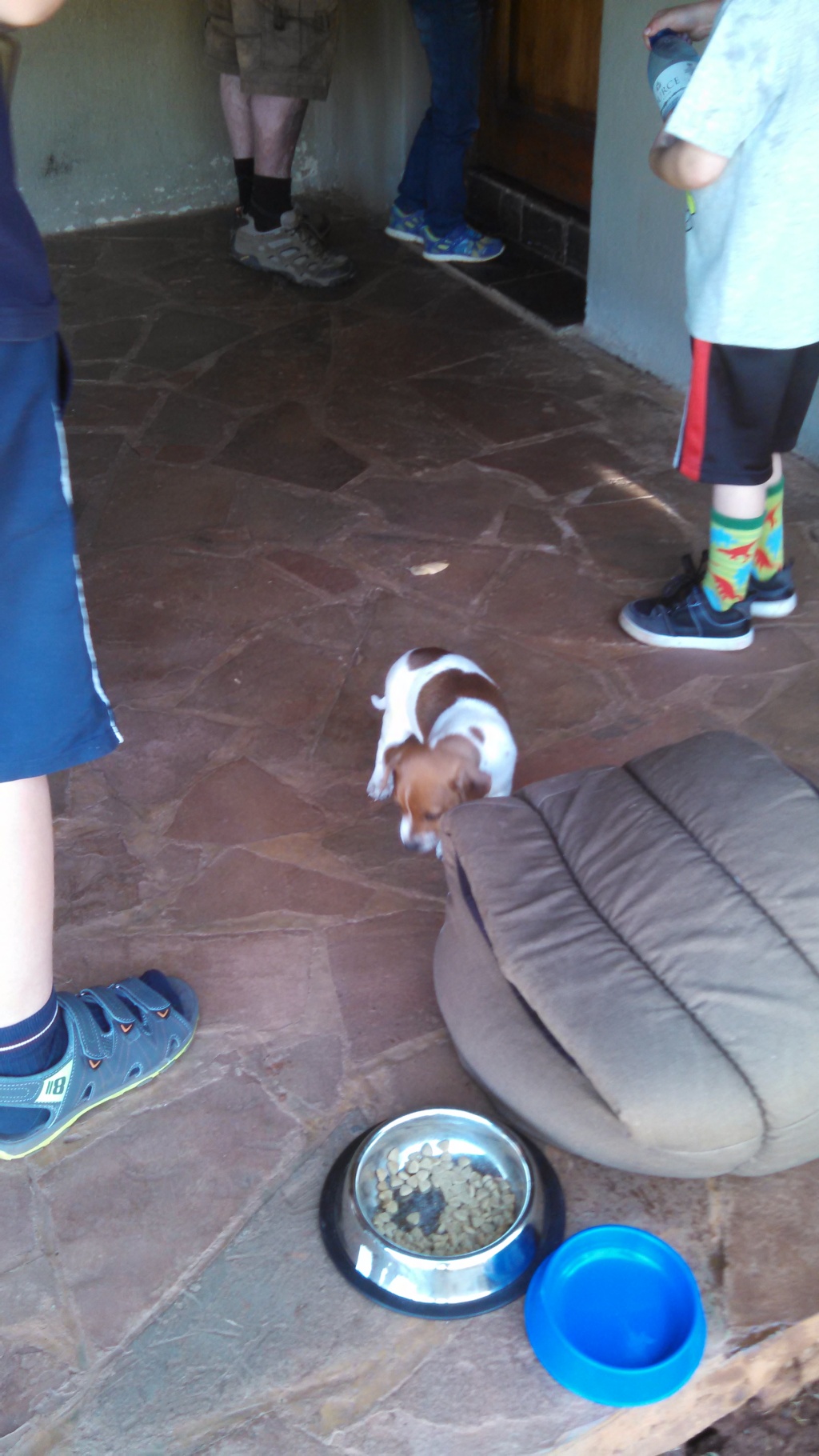 Next up is a trip to the Tuli Block with a group of 10 people. This is during Independence Week. This year marks 30 years of independence for Botswana and the official date is September 30/October 1. We feel a little bit guilty to not be in our village for this but we will celebrate out in the bush which is also appropriate. There is a torch moving through the country and that will come through Gabane on September 21 so we will be here for that. Everyone is painting everything black/white/blue for the Botswana flag. Kind of crazy but also a very special time to be here.

This is also the time that is famous for volunteers to get depressed- called mid-service crisis. In another week we hit the halfway mark. While there are some very frustrating aspects to what we are doing, we are holding up pretty well. Having each other really helps.