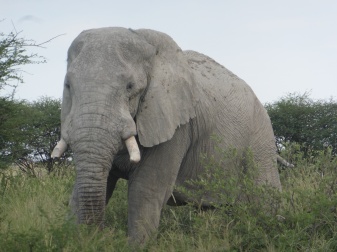 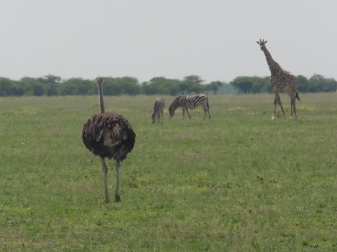 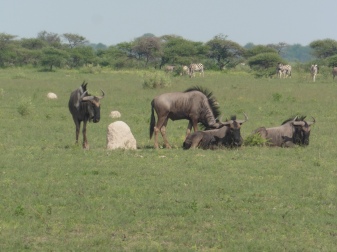 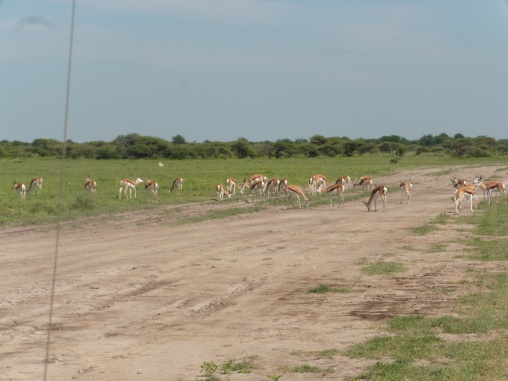 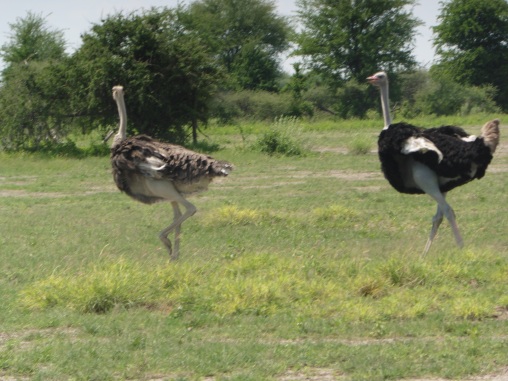 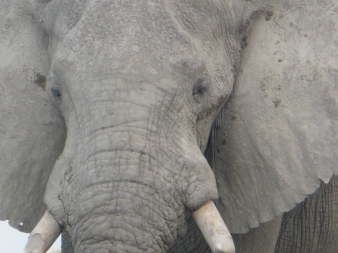 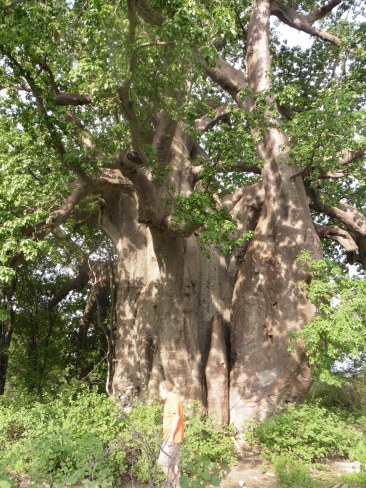 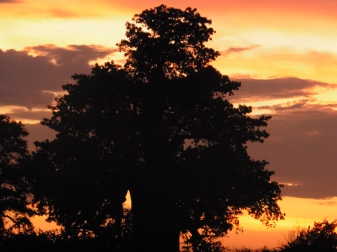 Easter was a four day holiday weekend so we didn’t need to use any vacation days to travel. We are saving the biggest attractions and vacation days for when we have visitors (hint hint) so we decided to go some place a little different. The area is called Makgadikgadi Pans but we actually went to a piece of it that is the Nxai Pans National Park. The Makgadikgadi is where the huge migration of zebras happens as well as an annual air race (think Utah Salt Flats).

If you are looking at a map, we stayed close to Gweta and the park is about an hour’s drive further west. We stayed at a cool place called Planet Baobab- so named because of the amazing baobab trees that grow in this area and have been for literally thousands of years.  The large one in the picture was about 75 ft in circumference.

The road into this park is apparently one of the worst in Botswana- who knew? 4 wheel drive only and then only for experienced drivers- sandy and lots of ruts. Our total day was 11 hours long, leaving before dawn and getting back almost at sunset.  We had an amazing guide, Jonah, who knows the area and the wildlife intimately. The only downside was the 10 hour bus ride to and from Gweta but well worth it.

The picture of the building which looks like it has a garden around it is actually the ablutions building for a campground (toilets/showers) and is elephant proofed. In the dry season, the elephants will do anything to get to water and can destroy pipes and buildings so they have concrete pieces with rebar spikes to keep them out. There is a narrow entrance that human feet can maneuver to get in. Not the place to be in a wheelchair or even crutches.

We did not see any lions- the resident pride had killed and eaten a couple of days before and were deep in the bush/shade sleeping it off. Didn’t expect to see lions so we weren’t disappointed. Next trip- that one is in July. We did get to see two cheetahs resting under a tree. They are brother and sister. One brother died early and mom left them a couple of months ago but they are good hunters and are doing well on their own. They will mate with each other then, brother will take off, leaving sister to raise the cubs.

It is also very green which we did not expect. Our recent rains (last two weeks) are what made the difference. There were wildflowers everywhere.

If you hover over the middle, you will get the caption. And for the zoologists out there- it is actually a herd of springbok not oryxes but I was too lazy to remove the picture and redo the gallery